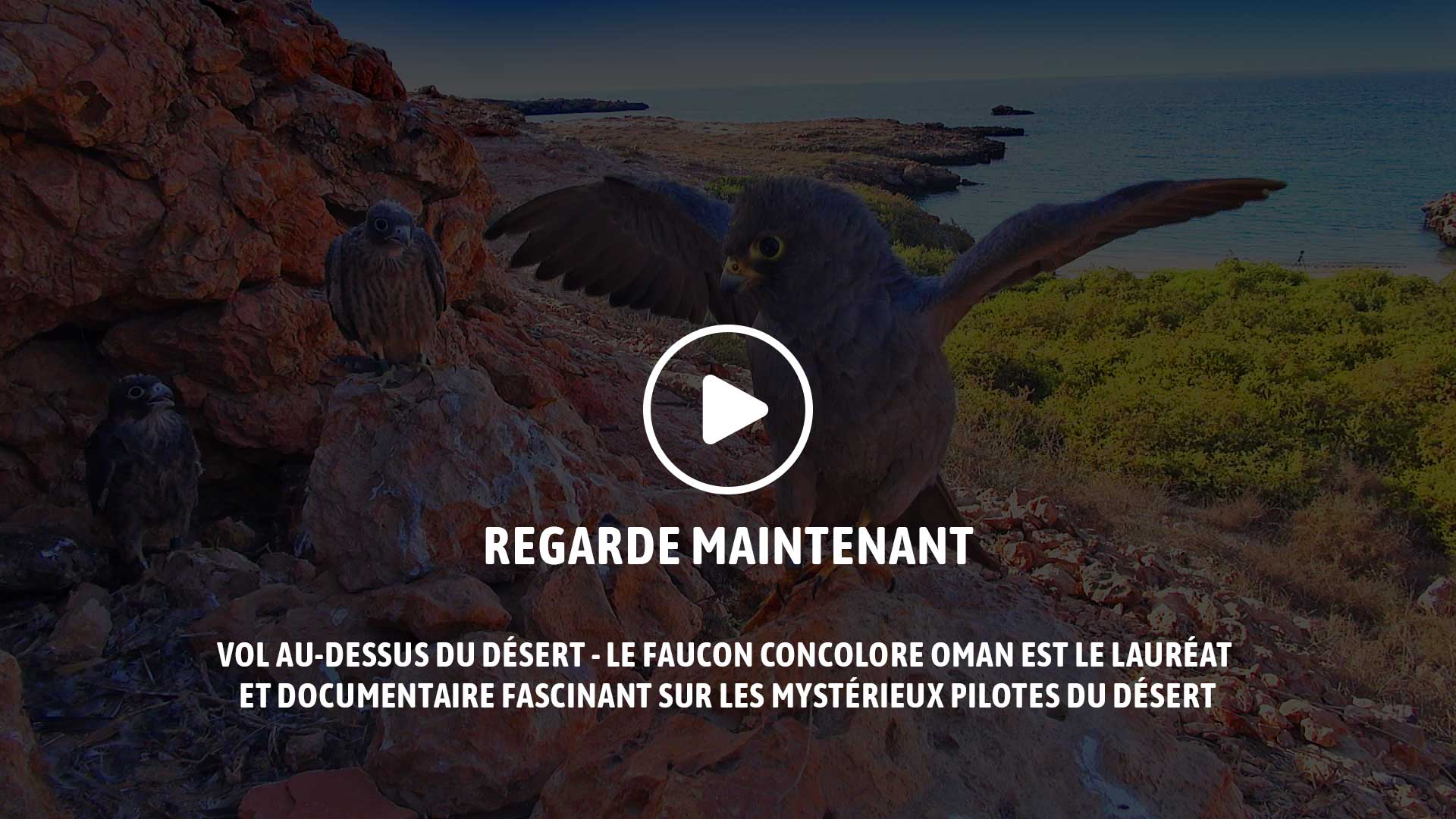 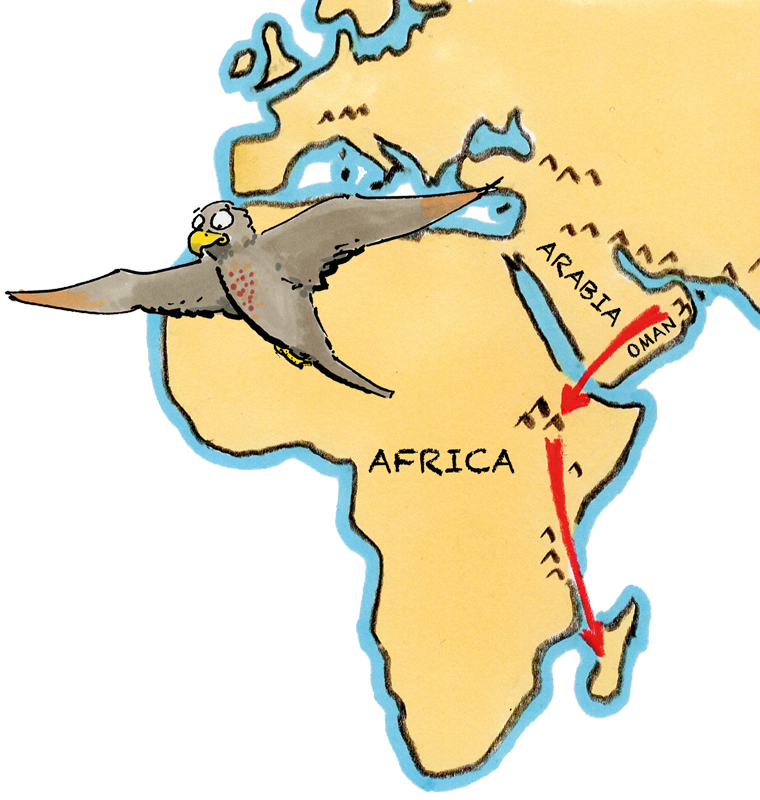 “The Migrant – Sooty Falcons in Oman” is the title of a fascinating documentary about efforts in the Sultanate of Oman to study and protect this long range flyer. We accompany the falcons during the breeding seasons in their habitat on breathtaking islands in the Sea of Oman. And we follow the migration route of juvenile falcons, crossing the Al Hajar mountains and the Rub Al Khali desert in Oman, resting in the Horn of Africa, finally reaching Madagascar, the Sooty falcon’s non-breeding season destination.

The global population of the Sooty Falcon is declining. The Office for Conservation of the Environment (OCE), at the Diwan of Royal Court Oman, initiated a research program together with international experts, the goal of which was to learn more about this unique bird of prey and to protect its future. A German-Omani team of nature filmmakers accompanied the OCE scientists at work and thereby experienced the life cycle of the shy falcon at close-up range. This unique and fascinating nature documentary results from the application of a new type of camera technology.

The Sooty Falcon Movie has been awarded as the best documentary movie at the Muscat International Film Festival in 2018.